New from Rain Press – Bigfoot Island by Eve Paludan! This is the first in the Jack Lee mystery series… and you guys are gonna LOVE this one! Check it out below:What happens when a female Bigfoot rescues a human infant from a mudslide?A year ago, Jack Lee’s homicide detective partner was killed in the line of duty. Ever since, his law enforcement career and marriage spiraled down.He decides to reinvent his life and leave Seattle to take a job as Cedar Island, Washington police chief. He grew up there and plans on a quiet life in the small island town where he once felt happy and secure. However, his artist wife, Margo, is a reluctant city girl, and she only goes with him under protest. Her niece, Jenn, who will soon be college-bound, also joins them.Immediately upon moving to his dead father’s house on the waterfront, his new job as police chief of Cedar Island challenges him with the aftermath of a devastating mudslide, the mystery of a dead woman, a missing infant, and rumors of a Bigfoot presence. Within 24 hours of taking the new job, all hell breaks loose on the island—it seems that nothing in Jack Lee’s world is going to be as easy or as safe as he thought.Enter Jack’s longtime best friend, Dr. Allie Chandler, an anthropologist. Her lifetime obsession with searching for the Sasquatch could be the saving grace in a dangerous situation.Get it now! Only $2.99 (or FREE with Kindle Unlimited)! Happy reading! Kindle: https://www.amazon.com/dp/B09G5J75VZ

Happy Wednesday! Rain Press is excited to announce the release of Werewolf Legacy, book #4 in The Werewolf Detectives series by Eve Paludan and Suzanne Wilson. This final novel will keep you on the edge until the last thrilling page! Happy reading! https://www.amazon.com/gp/product/B09FP56PVX/

Happy Thursday! Rain Press is excited to announce the release of Werewolf Unleashed, book #3 in The Werewolf Detectives series! Written by the amazing Eve Paludan and Suzanne Wilson, the final book in the series will be released in about 2 weeks! Check out Werewolf Unleashed below, and happy reading!

Happy Thursday! Rain Press is excited to announce the release of Werewolf Interrupted, book #2 in The Werewolf Detectives series! Written by the amazing Eve Paludan and Suzanne Wilson, each book in the series will be released about every other week for the next 4 weeks! Check it out below, and happy reading!

My publisher, Rain Press, is running a limited-time countdown sale on Witchy Business for 99 cents. Don’t miss reading the first book in this continuing paranormal series! Get it on Amazon Kindle. https://amazon.com/dp/B0993W2M3Z/

Happy Friday!
Rain Press is excited to announce the release of Werewolf Interrupted, book #1 in The Werewolf Detectives series! Written by the amazing Eve Paludan and Suzanne Wilson, each book in the series will be released about every other week for the next 8 weeks! Check it out below, and happy reading!

Have you read my Brotherhood of the Blade Trilogy? The publisher, Rain Press, has the first book free today on Kindle (US). It’s free for a limited time! Get started on reading this exciting vampire hunter series! https://www.amazon.com/dp/B00CIX79N8/ And the second and third books, Afterglow, and Radiance, are just 99 cents for a limited time, too! Snap up this amazing series that is one of my best! 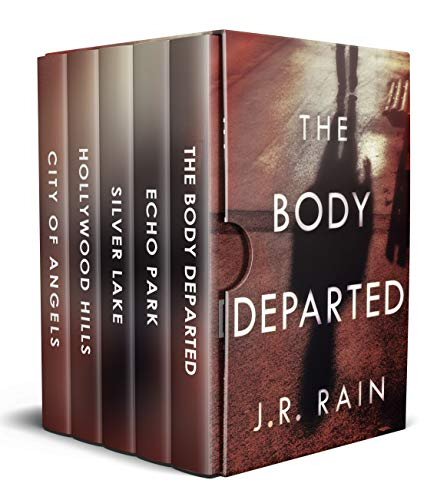 My novel, Hollywood Hills, is in this new box set, The Pauline Ocean Medium Mysteries, which is published by Rain Press.I actually visited mediums in Los Angeles to get a feel for the book while I was writing it and to create a voice of authenticity.

Fun fact: the haunted house in the novel is a place where I met with an editing client and I met her through Craigslist. (She starred on a TV show, and I edited three books for her.) The house she rented was perched high in the Hollywood Hills and one scene of the movie, Indiscreet (with Cary Grant and Ingrid Bergman), was filmed there. Just thought I would share a little story behind the making of the story, Hollywood Hills.

I hope you will enjoy my novel, Hollywood Hills, and want to read all of the books in this multi-author series. Here’s what my novel is about:

Pauline Ocean uses her medium gifts to solve clients’ problems with the dead—and Mack, her resident ghost, helps her. However, while her psychic abilities enable her to solve mysteries and steer troubled spirits toward the light, they often put her in grave danger…After a night of poker and partying, Pauline’s medium powers are in jeopardy. She must change her lifestyle or lose her ability to communicate with ghosts. If that happens, Mack will be lost to her forever.Pauline hopes that a weekend in a health spa will restore her full powers. There, she meets Amanda Jordan, an indie movie producer with a dark secret—and her own paranormal problems.https://www.amazon.com/dp/B08YF6SGTD/

(I’m sending you to the box set because the launch price is pretty sweet for all of the books in that series. Includes a bonus book, The Body Departed, by J.R. Rain.)

Like Loading...
Eve: We are spotlighting Witch List today as our Featured Book of the Moment Club selection. Here is the link for your social media. https://calebandlindapirtle.com/botm/featured-witch-list-eve-paludan/
https://www.amazon.com/dp/B07SLD9PK3/ 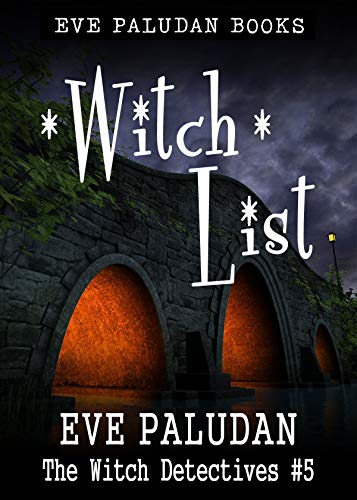 VAMPIRE SHE WROTE is #99cents for a limited time from my publisher! (US only)

♂️ #Fang of #vampireforhire falls for a vampire novelist. And vampire.